Review Of The TV Show The Grimm 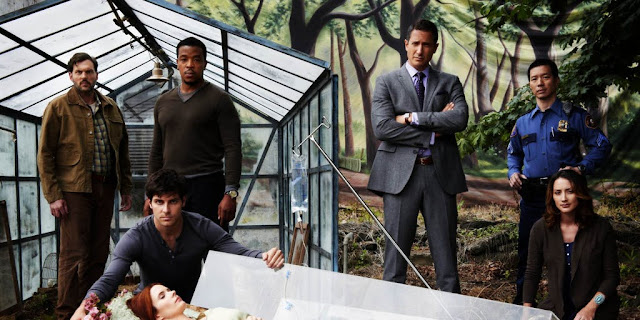 I find that when I find a movie on Netflix and it is part of a series, I get hooked because at the end of the episode, I want to see what happens next.  This leads to me to watching one episode after the next.

So lets get on with this review.  The latest TV Show that I have been watching is The Grimm.  What really inspired me to write this review is the actor Sasha Roiz whose character is Sean Renard.  This gentleman is very attractive, he is tall, slender and each time I saw him in the movie, I would just admire him. I love the way he walks and dresses.  He was always dressed in a suit as he played a Portland police Captain in the show.

Basically he acted as sort of a good guy in most of episodes.  Until he decided to run for mayor, I found myself not liking Sean Renard but that was temporary though. 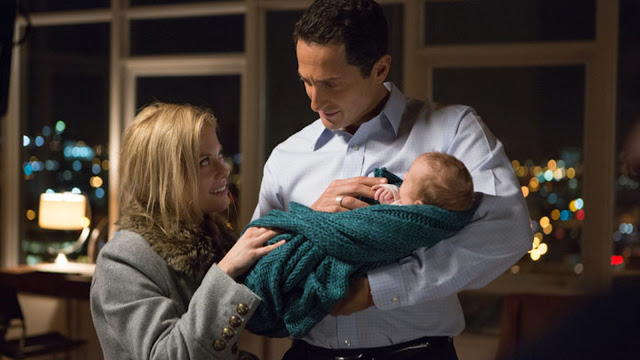 The overall story line is about a young man who learned about his ability to know when someone in the community was a Weson.  He learned that he is called a Grimm.  Grimms would generally kill the Wesen but being a detective (in Portland Oregan), Nick was compassionate and kind hearted and only incarcerated the ones who committed a crime.

Wesens are creatures that are part human part animal.  Its interesting to see what type of Wesens will show up in each episode.  The special effects are impressive!!! Initially I thought that face masks were all computer generated but soon realized that they were real mask.  I guess the special effects came into play then the person would transfer to the Wesen.

There are many different types of Wesen and in each episode, he came across a different one.  His aunt left him with a trailer with an abundance of books and equipment that was left to her by her ancestors and she passed them on to Nick.

He has some awesome friends, Monroe, Rosalee, his partner Hank (also a detective), Adalind (who initially was his enemy but ended up being his lover and the mother of his child – that’s a long story!!!)

Initially the episodes were quite interesting and captivating but about almost to the last set of episodes, I notice that the story line began to get a little outrageous which led me to believe that the writers of the show were running out of ideas of what to write about. 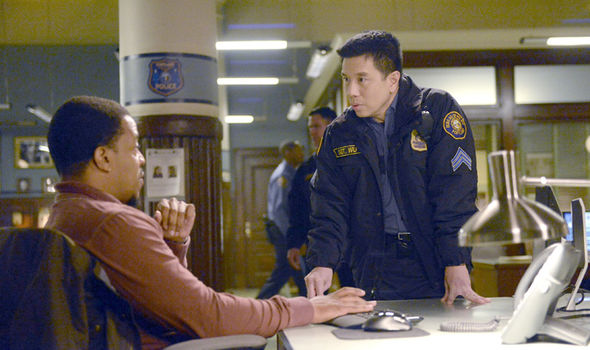 The facial expressions of Reggie Lee, who acted as Sargent Wu, always came across as an actor who was trying to impress the director or maybe the producers - maybe a little over acting???

There one episode that I really enjoyed, it was a bit comical in my mind, it was the second to last episode.  The title of the episode is Blind Love - the 7th episode of season 6.

It guess it was an opportunity for all the main actors to get together and have some quality time together.  I laughed so hard during this episode.  A spell was put on the group which caused each person to fall in love with another member of their group.  For Example, Nick arrived at the resort with Adalind, Monroe with Rosalee, Eve, Hank and Wu had no partners.

They all, with the exception of Rosalee, because she was pregnant, drank a glass of champagne which was charmed.  The next morning, Nick expressed his love to Rosalee, Eve – Nick, Monroe to Eve, Adalind to Monroe, Wu to one of the waitress and Hank to himself.

I laughed so hard watching Hank loving himself as he looked into the mirror.  It was hilarious!!!  As Rosalee did not drink any of the champagne, she was totally aware of what was going on, eventhough Monroe told her that he was in love with Eve, and was able to find a solution.

At the end of the show, when I saw all Nick's friends being killed, I could not believe that this was the way the show was going to end until I realized that he was in another reality and soon returned to true reality where all his friends and family were alive.

My Review of The Expendables 2 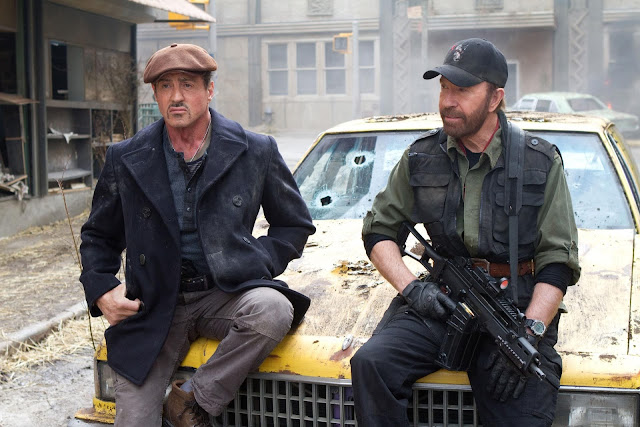 This blog is about Ole Skool Music but I decided to write a review, today about the Ole Skool Actors in the movie The Expendables 2!!!

The movie started with alot of heavy action.  Eventhough I enjoyed the movie tremendously, it was a bit corney and comical - with the appearance of Arnold Schwarzenegger to save the people after the mine was blown up and the part with him and Bruce Willis.  Arnold said his signature line "I'll be back" and Bruce said "No, you are always coming back, I'll be back!"  Well I had a good laugh!

There was another 'good timing' appearance by Chuck Norris - he too saved the day and then he disappeared again.  But what's up with the beard, made him look like a real hermit.  As we are on the topic of hair, lets discuss Arnold's hair.  Doesn't he realize that he is an old man and should style his accordingly.  He should take example from Bruce Willis.  Bruce has gone along with the trend of today with men going bald mostly to hide early balding and the grey hairs which will indicate - hey I am getting old.

The young man, character name Billy The Kid (Liam Hemsworth), the moment he discussed his decision with Sylvestor Stallone to leave the group to move forward with his life, I knew he would die early in the movie.  It was sad the way he died but any way - hey it's only a movie!

Claude Van Damme was the bad guy in the movie.  He had a tattoo, of a the head of a goat, on his neck and he said the goat is the Satan's pet. I noticed that his accent has not improved alot even after been in so many American action movies.

I loved the surprise of see each Ole Skool Actor.  It was thrilling.  But from the producer point of prospective, it seems that each actor was given a little piece of the action.  But I was a bit disappointed with the small role of Jet Li.  I thought either Jet Li or Jason Statham (I love this guy!) would have been given the opportunity to showcase their martial skills against Van Damme but Stallone was choosen eventhough he is not a martial arts guy.

Another piece of script that I found amusing, Bruce Willis purchased Stallone a replacement plane because he had crashed his in attempt to save a group of villagers.  The plane that Bruce bought was real old and it was commented that it belonged in a museum and Arnold's response was "Hey we all do!"

Overall I enjoyed the movie, I am happy that I choose to see The Expendables 2!
Posted by Martina J at 5:09 PM

All The Man That I Need

I Wanna Dance With Somebody

RIP Whitney
This is my tribute to this great, talented and wonderful woman!  I was watching a movie a few days ago and as I was changing channels, I saw the new flash that Whitney had died at a young age of 48 years!  I was in totally shock like so many people/fans.

It had been reported that Whitey had a drug/alcohol problem and it was all blamed on her husband, Bobby Brown.  So with her divorce, I was hoping to hear some hot releases from her, not death!

I know that we have  die at one point or the other and we don't know when either.  But when a family member, friend, or even a celebrity dies, we are still in shock as if  we are indispensable.  If the person is ill, death is expected eventhough, we may still be surprised and hurt.

If I Can't Have You

Can't let go and it doesn't matter how I try
I gave it all so easily to you my love
To dreams that never will come true
Am I strong enough to see it through
Go crazy is what I will do
(Repeat * till fade)
Posted by Martina J at 10:48 AM